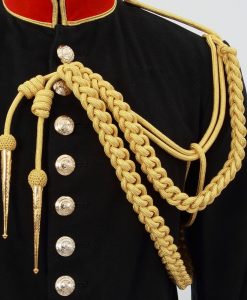 An Aiguillette (from French “aiguillette”, small needle) is an ornamental braided cord most often worn on uniforms, but may also be observed on other costumes such as academic dress, where it will denote an honour. Originally, the word “aiguillette” referred to the lacing used to fasten plate armour together. As such, a knot or loop arrangement was used which sometimes hung from the shoulder.

Aiguillettes should not be confused with lanyards, which are cords also worn from the shoulder (or around the neck), but do not have the pointed aiguillette tips and are usually of fibre rather than gold or silver wire, and often not braided.

There are four types of aiguillette worn by the British Armed Forces. 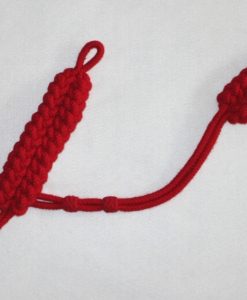 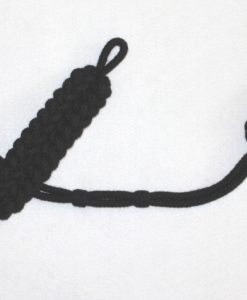 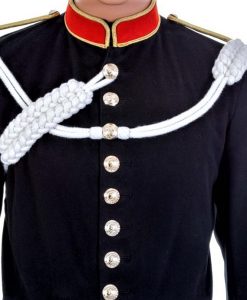 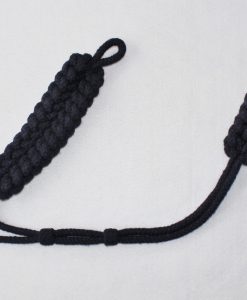 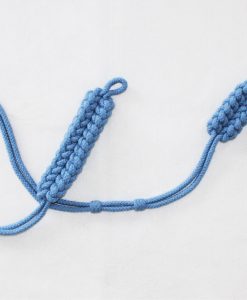 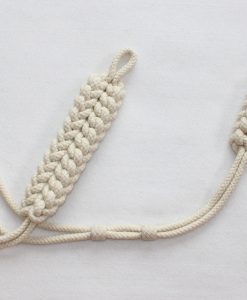 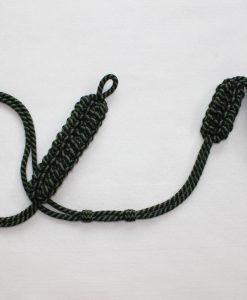 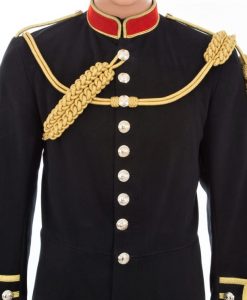 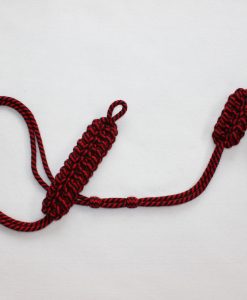 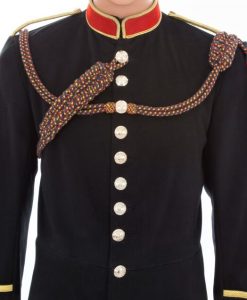 We are trading as normal, taking all necessary precautions & thank you all for your continued support.